In 1975 the Santa Fe railroad painted  five  SD45-2’s in a patriotic scheme to honor the nation.  They were split up in order to maximize their visibility,  spotted as the lead locomotive on priority piggyback trains, and seldom seen in pairs.  They were numbered 5700 to 5704.  They were quite popular with employees, shippers, rail fans, and the general public. 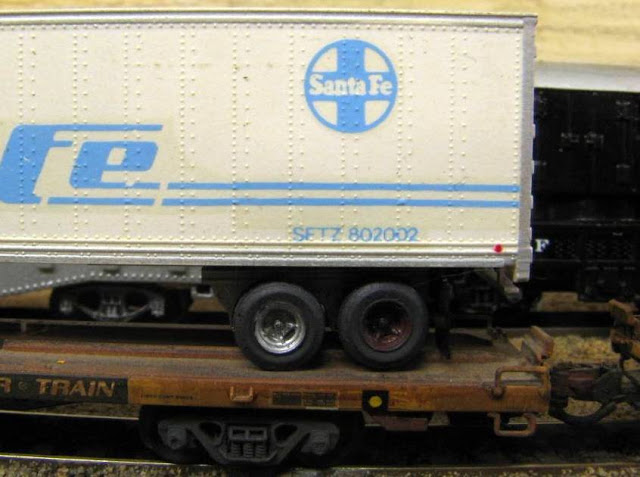 Note: Most trailers in 1976 were 40' trailers and many flat cars were not of the length of the MT 89 foot length. But 1976 is not my area of specialty, so things are not 100% accurate. At least some of the trailers in this train did not really appear til the 80's.

You can view a 3 minute video of this train on YouTube at: