Today's posting is of a Santa Fe Eastbound freight led by a four unit set of EMC FT locomotives.  This set of diesels are permanently coupled via a drawbar and thus referred to as a single locomotive, number102.  Individually, they are 102L, 102A, 102B and 102C, although in 1954 there were no exterior markings referring to the letters, and no markings at all on the "B" units. 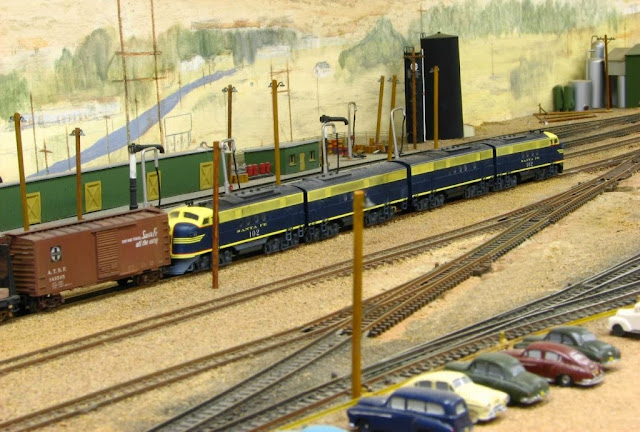 The diesels were built by Electro Motive Company before being absorbed by General Motors and becoming a division of that company (EMD).  EMC considered (2) two unit sets of 2750 hp  back to back a single locomotive (A-B-B-A).  Interestingly enough, the name "FT" is derived from "Freight-Twenty-seven hundred HP" total. 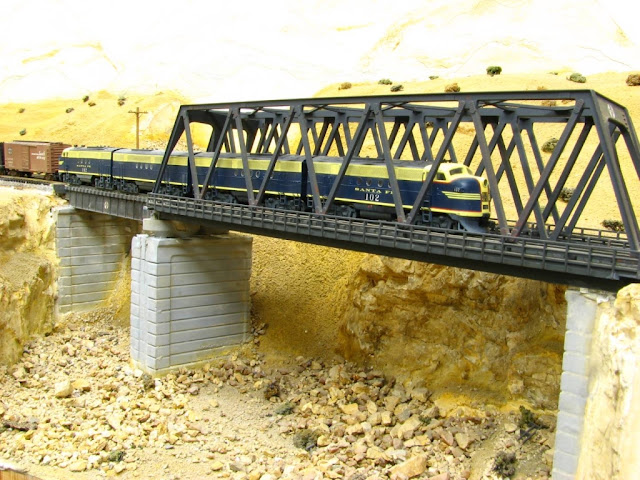 The units were delivered in 1941. In 1954, FT 102 sports a modified "Catwhisker" paint scheme, cream yellow and blue, and red pin stripes on the nose section.  There were many variations to this paint scheme. 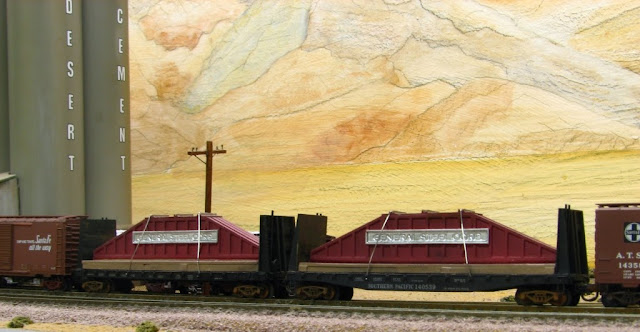 Here we see a couple of Bulkhead flat with steel fabrication load. 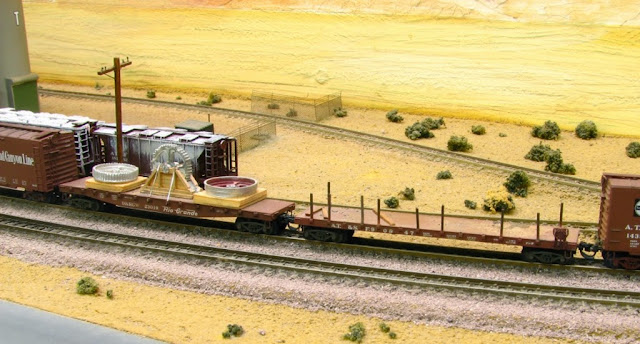 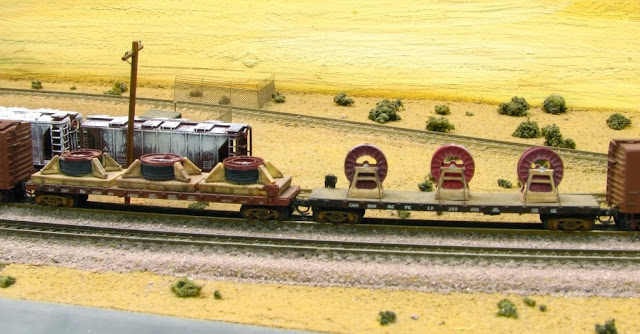 Two loads of spools of heavy duty wire of some kind. 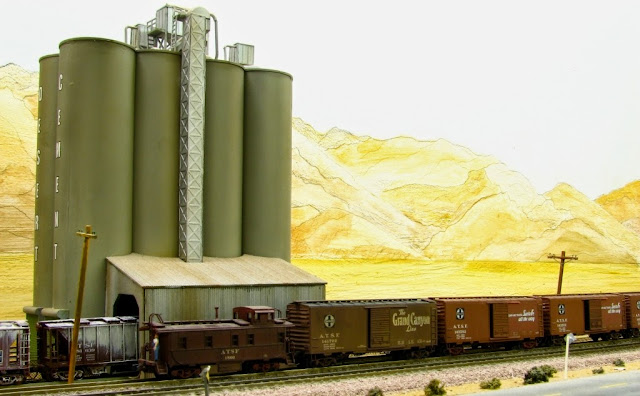 Standard Santa Fe caboose with conductor on the platform taking in the scenery as it travels past Desert Cement.
You can see a video of this train on YouTube at:
﻿
http://youtu.be/J1drjvUE7_U
Thanks for your interest!
Posted by Needles Division Santa Fe N Scale at 10:54 AM No comments: